I'm using Windows 10 on all my PCs now.  Seems to work just fine; however, there were a few problems in the earlier builds.  Enough problems to cause the loss of some of my rapidly disappearing hair!  The version I think they will be releasing, seems to be pretty good.  You will like it better than 8.1.

If you're concerned about the update, you might want to back up your system before attempting the upgrade.  This "How -To Geek" proceedure looks like a good one to use.

I didn't do any backups.  Dangerous, I know, but it seemed like a good time to start over with windows.  I did have problems with my Acer laptop.  Seems that a computer with two internal drives is confusing to the Windows update process.  Temporarily removing the second drive to allow the update was the solution.

Have fun with W10 - "the last Windows ever".
on July 24, 2015 No comments:
Email ThisBlogThis!Share to TwitterShare to FacebookShare to Pinterest

I've mentioned this is in past, but it doesn't hurt to repeat.  Howtogeek.com has some good windows articles.  You're gonna get Windows 10 someday, so why not start learning about it?
http://www.howtogeek.com/t/windows/


on July 17, 2015 No comments:
Email ThisBlogThis!Share to TwitterShare to FacebookShare to Pinterest

For the past several months, I've been one of the 5 million "insiders" testing Windows 10.  Sometimes it's a disaster; sometimes it's beautiful.  Right now I'm on Build 10166.  Each build has tweaked W10 a little more, and sometimes the tweak is not quite right, but Microsoft continues.  I expect the July 29 "release" to be similar to the present one.  Who knows?

It looks good.  Can't really tell if it's faster, but their new Browser - Edge - is faster!  Doesn't have a lot of features at present, but it's also a work in progress.  How-To Geek has some tips on Edge - http://goo.gl/h8o2KR.  Take a look.  Right now, I rate Firefox the best for me, with Edge second.

If you're open to new things, download W10 when you get the opportunity - it's better than W95!

On a separate subject, I've uninstalled Flash on my PC.  Already I find that some of my favorite programs use Flash, but I'm gonna try real hard to keep it off the PC.  Adobe Flash has always been a source of vulnerabilities.  Even Firefox is now set, by default, to not use it.

Now I'm off to see if I can set a default music station for the Amazon Echo (a neat little media device).
on July 14, 2015 No comments:
Email ThisBlogThis!Share to TwitterShare to FacebookShare to Pinterest

From Our First Cruise! 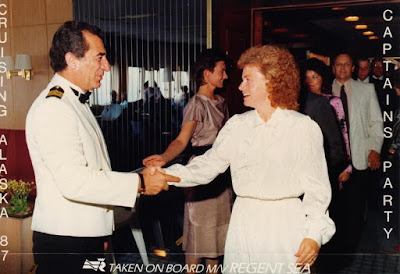