Today I was able to hold the camera a little steadier.  Here are some shots of our neighborhood watcher. 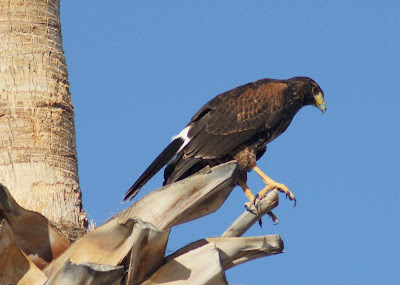 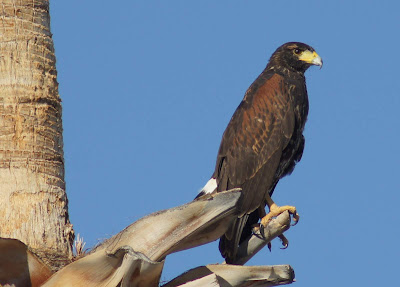 on September 11, 2011 No comments:
Email ThisBlogThis!Share to TwitterShare to FacebookShare to Pinterest

This guy (or gal) is perched on a palm tree about a block away.  Much screeching!  He (she? - can anyone tell?) does spend a good deal of time soaring.  We have plenty of food for him in the neighborhood.  Don't let your small pets outside! 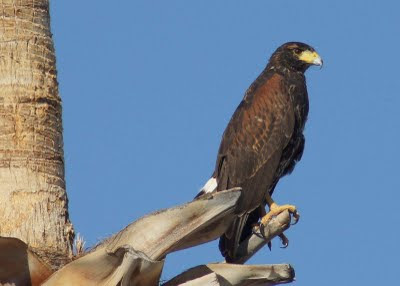 on September 11, 2011 No comments:
Email ThisBlogThis!Share to TwitterShare to FacebookShare to Pinterest

I missed it.  Maybe you missed it, too.  Yesterday was International Bacon Day (http://goo.gl/gKqcf). Take a look at Lifehacker's Bacon Hacks.  I haven't eaten breakfast today - I'm thinkin' bacon.
on September 04, 2011 No comments:
Email ThisBlogThis!Share to TwitterShare to FacebookShare to Pinterest

Several years ago, we spent a year in Branson, MO.  It was the first place I had access to cable internet.  It seemed so fast that I HAD to have a "telephone" line using this internet - Voice Over Internet Protocol.  The service I chose was Vonage - if I remember correctly, it was about $49 a month.  This included "free" long distance phone calls.  Wow, what a deal.  Fast forward to present day --

We have high speed internet once again.  At least it's high speed to us - 10 Mbps.  This high speed has permitted the use of voice, video, and music.  I've always thought there ought to be a cost-effective solution that would allow us to keep our land line and add a voip, as well.  However, early hardware devices (i.e., ATA - analog terminal adapter) never quite seemed to work, so when Google Voice came along, I was hooked.  Until today, we have used the call-back feature of Google Voice (GV) to make all of our long distance calls at home.  The service is still free!  We rarely use our cell phone minutes because call quality (especially when talking to other cell phones) is usually poor.  Our normal procedure is/was to access the internet via a pc, set up a call with GV callback, then resume the call with our house phone.  This has worked well, but I'm always looking for new technology, and yesterday I stumbled upon (no pun intended) the OBi110.

With the OBi110, I can attach my land line and an Ethernet connection so that either one can be accessed from the house phone.  I can make GV calls directly from the house phone - the OBi110 is setup so that, by default, every phone call initiated utilizes GV.  But, if needed, I can set up a call using our resort's phone system, instead.  And, there's more!  This device will allow incoming calls from either the land line or GV.  The best of both worlds by utilizing a single VoIP device.  There are many other features available with the OBi110 (http://goo.gl/5iqub).  It cost only $49.99 at amazon.com, and with free shipping.  Now, with a one-time cost of $49.99, I get free phone calls all year.  I'm finding several good reviews of this technology.  Try this one -http://goo.gl/deM3D.

Times sure have changed.
on September 01, 2011 No comments:
Email ThisBlogThis!Share to TwitterShare to FacebookShare to Pinterest
Newer Posts Older Posts Home
Subscribe to: Posts (Atom)